Neosho is the most populous city in Newton County, Missouri, United States, which it serves as the county seat. With a population of 11,835 as of the 2010 census, the city is a part of the Joplin, Missouri Metropolitan Statistical Area, a region with an estimated 176,849 residents.

See all places in Neosho

THE BEST
THINGS TO DO
IN JOPLIN.

Get $1 off any drink in the Coffee Shop 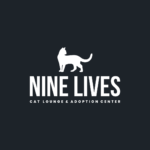 By: Evolve
See all promotions

THE BEST
PLACES TO EAT
IN JOPLIN.

$94/night
See all places to stay
Other places to explore

Subscribe to get updated with new product drops, deals & updates.

We only send emails once in a while.

Subscribe to get updated with new product drops, deals & updates.

We only send emails once in a while.

We use cookies to improve your browsing experience and analyze site traffic. By continuing to use this site, you agree to this cookie usage.